This is our fourth in a series of profiles for the BIC Youth Outreach Team: 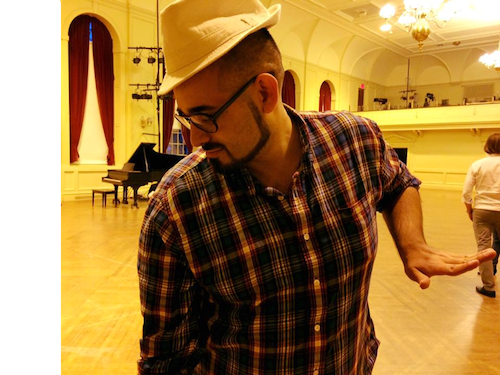 Q: How is it that you got involved in this field?
A: I remember my dad always taking me to the library and talking to me about random historical events in American history. I memorized all the presidents of the U.S. by the time I was in second grade and the interest just grew and expanded from there.

Q: Do you have any moments as a teacher that particularly stand out to you?
A: Yes. A few years ago I was a substitute teacher in Rhode Island, working in an inner city school district, I was on my first assignment and it was for a high-school special ed class.
These kids went across the spectrum from autism disorders to violent outbursts. I was terrified and in over my head yet was lucky enough to have one teacher lend me a hand. Although the moment came when he needed a hand because there was a new student who just moved from Puerto Rico and did not speak English. So he sent me, her, and one other Puerto Rican student who spoke English into another room to work.
This other student was a girl who was always shouting out in the middle of class and showing absolutely no interest in her education. I was worried that this would be a problem. However, in an effort to get the two students interested in their education, I chose to speak to them on the history of P.R. under U.S. rule. You should’ve seen how this girl got into everything. It was like night and day. At one moment disinterested and now, all of a sudden, asking questions and actually engaged with the material.
The next day, she came running up to me yelling, “Mister! Mister! Last night I was talking with my dad about all the stuff you were telling us about and he said you were right. He asked me, ‘who’s this new guy? You better treat him well!’”
That is by far my proudest moment as a teacher.

Q: Is there anyone in your field that you look to for inspiration?
A: Well, I’m actually a trained journalist and because of that, I am a huge fan of Bob Simon. The man was in the field for decades before his death and was not afraid to take risks. He reported from Vietnam, and was even taken prisoner by the Hussein regime in Iraq during the run-up to Operation Desert Storm. To me, he is the epitome of speaking truth to power; the epitome of journalism. It was that sense of adventurism that led me to my time working at the U.S. – Mexico border.

Q: Favorite Movie?
A: I have three: Pan’s Labyrinth, Wadjda and The Shawshank Redemption.

Q: Favorite music?
A: I have very eclectic tastes yet if I were forced to choose, I’d say salsa and bachata. I love to dance to that stuff.

Q: What about life goals?
A: I just want to be the best journalist that I can be and tell the stories of those who do not have a voice. 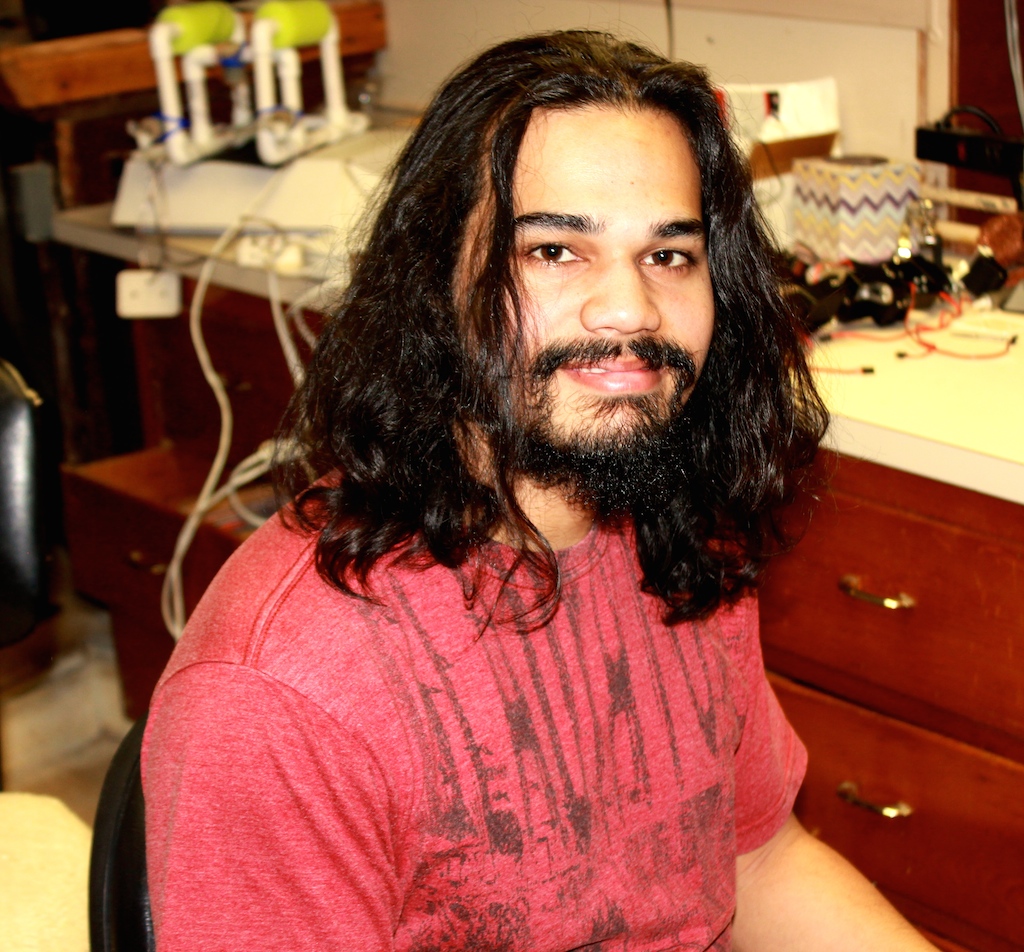 This is the third in a series of stories profiling the BIC Youth Outreach team:

Q: How was it that you first got into electronics?
A: It was when I first took apart a motor, just to see how it works. I opened it up and saw only a couple of parts to it. I wondered how something so simple could work so I started doing research. I was like 10 or 11.

Q: How did you end up in Fall River?
A: I’m originally from Hawaii, the city of Hilo on the Big Island (Hawaii). I came up here with my parents when I was 17.

Q: What do you hope to accomplish by teaching youth about robotics?
A: I hope to reach someone that was in my place of trying to learn robotics. To fuel their curiosity and fuel their interest of robotics.

But if any stands out it’s James Clerk Maxwell, the guy who first started working with electric motors in the mid 1800s.

He was in the field, studying electricity and magnetism and he had no formal education. He wasn’t recognized for anything but one day he discovered something and that’s when people realized he actually knew what he was talking about.

It’s one of those stories… It’s definitely inspiring.

Q: What goals do you have for your own career?
A: I want to be creating the theories that really set the momentum and the pace of robotics and artificial intelligence.

Q: What’s your favorite book?
A: The Rangers’ Apprentice by John Flannagan

Q: What’s your favorite music?
A: Dubstep, Electronic and House 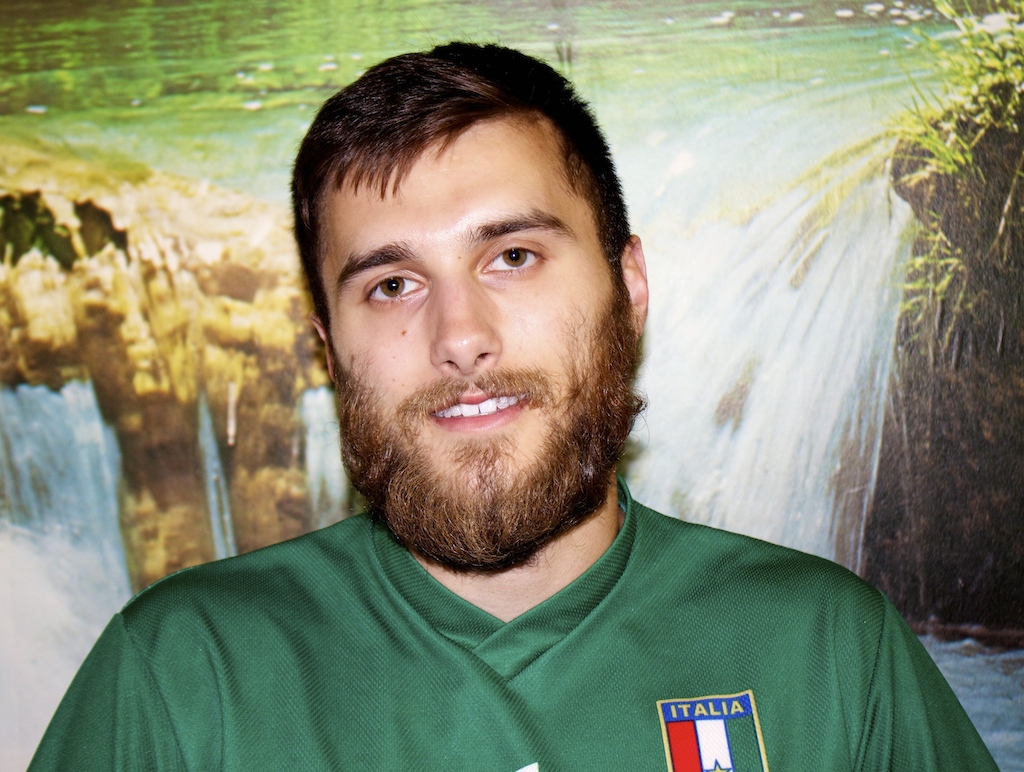 This is the second in a series profiling the members fo the BIC Community Outreach Team:

Q: Why is it important that students learn about robotics?
A: The future is moving more and more towards technology and in order to do anything in any industry you have to know about electronics or robotics. Even if you don’t necessarily do anything with it.

Q: How did you get involved in the field?
A: I’ve always been interested in programming. It’s actually interesting how everything in the computer is just a step-by-step process. If you know what each step is, you know how to program… That includes everything up to robotics.

Q: Is there any particular moment, in robotics, that means something to you?
A: That moment when a student understands something they originally thought they’d never understand… That Eureka moment!

It makes me feel proud, knowing that I was able to share knowledge, that someone was able to understand what I was trying to explain. It just took a little longer than expected.

Q: What is your favorite movie?
A: It’s between “Monty Python and the Quest for the Holy Grail” and “Zoolander.”

Q: What is your idea of fun?
A: My idea of fun is when a group of kids get together, each with a different skillset and…. When they all come together, it is just amazing.

Q: So you’re originally from Boston and normally people leave the Fall River area and go to Boston. What was it that made you decide to stay here?
A: I stayed down here because I was working on projects with friends and I knew that if I left those projects would die out. I decided to remain persistent in order to make those goals a reality.